The proposed extension of the director penalty regime to GST liabilities could spell the end of the corporate veil for small to medium enterprise directors, says an insolvency specialist. 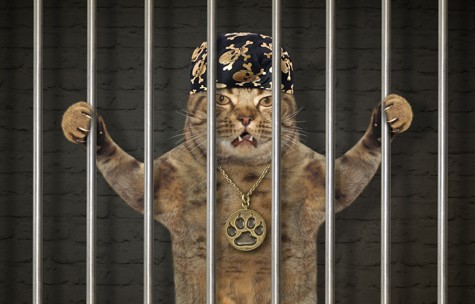 With the reintroduction of Treasury Laws Amendment (Combating Illegal Phoenixing) Bill 2019 last month, the commissioner could soon be allowed to collect estimates of anticipated GST liabilities and make company directors personally liable for their company’s GST liabilities.
This follows on from the current director penalty regime which makes directors personally liable for PAYG withholding amounts and SGC obligations.
Speaking with Accountants Daily, Worrells Solvency and Forensic Accountants partner Stephen Hundy said that with many SME directors providing personal guarantees for a company’s obligations, the latest proposal to extend director penalty notices to GST could potentially see the end of the corporate veil.
“With a large number of SME companies we deal with, the directors have exposed themselves personally for their company’s debts due to the large number of personal guarantees provided,” Mr Hundy said.
“Together with the ATO’s power to issue DPNs in respect of unpaid PAYG withholding tax and superannuation guarantee charge (SGC), this can mean in some cases that an SME director may be personally exposed for a large majority of the debts of their company.
“In many cases, the directors have no choice but to provide personal guarantees in order to obtain credit from financiers and suppliers. In a lot of cases, however, we find that directors do not know what they have personally guaranteed and also they are unaware that they are personally liable for PAYG withholding tax and SGC,” he added.
“With tax debts, we see the majority of debt owed to the ATO comprising PAYG withholding tax and GST. At present, a DPN cannot be issued in respect of unpaid GST; however, if the director penalty regime is extended as proposed to include GST, this will increase the extent to which directors’ assets may be at risk in the event of an insolvency.”
While the bill has not yet passed, Mr Hundy believes accountants should remind their clients of their various obligations and the prospect of having GST added to that list of liabilities.
“Advisers and accountants should ensure that their director clients are aware of what they are guaranteeing and also that they are liable for PAYG withholding tax and SGC. In respect of taxation lodgements, it is advisable to lodge these with the ATO even if the associated debt cannot be paid, as this may offer some protection in the future if things go awry,” Mr Hundy said.
“New company directors should always conduct some due diligence in respect of a company’s unpaid statutory obligations before consenting to be appointed; otherwise, they may find themselves personally liable for past company debts. Conversely, exiting directors should ensure that they are released from any personal guarantees which they may have provided for a company’s obligations.
“As always, seeking advice early is the key when things get tough. This not only applies to directors but to advisers and accountants, who should seek out specialist advice at the earliest opportunity to enhance the prospects of their client avoiding insolvency.”
Jotham Lian
14 August 2019
accountantsdaily.com.au